How to choose an Omega 3 complex

Recently, many articles have appeared about the benefits of fish oil and Omega-3 acids for the human body. However, it can be difficult for an ordinary person to understand this amount of information - the process takes a lot of time and effort.

It is difficult to dispute the relevance of the topic, so we decided to collect and analyze the most interesting materials for you. We will highlight useful information and help you understand the issue of taking nutritional supplements containing Omega-3 acids. So let's start in order.

The benefits of omega-3 fatty acids on body systems:

There are many omega 3 fatty acids in nature, but the most important for the human body are EPA and DHA acids (this is how they are indicated on jars with the composition), therefore, when choosing an active complex, it is necessary to take into account their content in this product.

Now it becomes clear why when choosing Omega 3 fatty acids, it is imperative to pay attention to the amount of EPA and DHA acids.

When shopping for omega 3s, most people look at the total amount of fish oil while looking at the DHA to EPA ratio. Many preparations contain no more than 30% of useful acids. If you compare different products with the same content of fish oil, it becomes clear that they have different amounts of DHA and EPA. Choose complexes that have at least 180 mg of EPA and 120 mg of DHA per 1000 mg of fish oil. The higher the fatty acid content, the greater the health benefits.

In this example, you can see that the total content of Fish Oil Concentrate is 2000 mg in 2 capsules (Serving size: 2 Softgels). So in 1 capsule 1000 mg of fish oil.

This is how the content of unsaturated fatty Omega 3 acids is indicated in the modern world. Always look at their quantity on the package. If their quantities are not indicated on the package, then the manufacturer does not want to focus on this, which means that there are very few of them.

In this case, the example chosen is not the Omega 3 complex, but fish oil, in which the content of these acids is also indicated.

Summarize. The highest content of EPA and DHA acids are arranged in descending order:

In the United States, there are no official norms for the consumption of Omega-3 acids, in some countries it is recommended to drink 300-500 mg DHA + EPA per day for prevention. For medicinal purposes, the dose can be increased to 1-2.5 grams. More than 3 grams of fatty acids should not be consumed. Children 2 years of age and older can take 250 mg of a mixture of EPA and DHA per day.

Some experts rely on the norms of the Scandinavian countries and believe that the dose of Omega-3 for children should be twice that of an adult (1100-1200 mg.).

Many mistakenly believe that plant-based omega-3s are no different from animal-based omega-3s, but this is actually not the case.

Plant Omega is alpha-linolenic acid (ALA), which differs in composition and is absorbed in a completely different way, splitting into EPA and DHA after it enters the body.

Studies have shown that 70% of ALA cannot be converted in the body into the necessary EPA and DHA, so even with sufficient consumption of flaxseed oil, a positive effect is not observed.

ALA molecules (ALA) are unstable, they are easily oxidized under the influence of temperature and other external factors (light, air). To preserve the beneficial properties of linseed oil, it must be stored in the refrigerator in a dark container for no more than a month, while you must be sure that it has not oxidized during transportation or storage in a store. 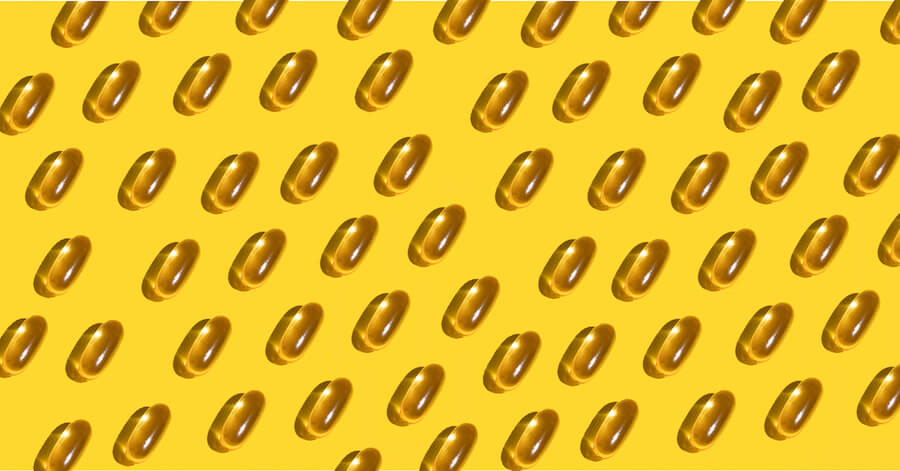 Fish contains EPA and DHA in its finished form and is therefore the preferred source of these acids. It is believed that by consuming oily sea fish 2-3 times a week, you get the necessary portion of DHA and EPA acids.

And then there is Omega 6 and Omega 9. Why are they?

In addition to Omega-3 acids, there are also Omega-6 and 9. In the body, they are in a certain balance relative to each other, and the violation of this balance leads to systemic failures in the body and the occurrence of diseases. This is due to the fact that in recent years, the consumption of Omega-6 and 9 in the human diet has increased significantly, while Omega-3 has decreased.

As we have already said, Omega-3 consists of EPA acid, which has a powerful anti-inflammatory effect and reduces the risk of developing diseases of the heart, blood vessels, oncology and rheumatism, as well as DHA, which is responsible for the health and functioning of the brain.

It turns out that Omega 3 and Omega 6 acids have opposite effects (anti-inflammatory and inflammatory) and the displacement of their amounts relative to each other causes disturbances.

For prevention, it is better to take Omega 3, and Omega 6 is enough to take from food. Then the ratio will go into an increase in Omega 3 relative to Omega 6.

What fish is the fat from?

The best option is oily fish that lives in cold seas, it contains the maximum amount of Omega-3. For example, low-fat fish such as cod contains 12 times less omega-3 than Atlantic mackerel, so it does not provide the necessary portion of omega-3.

Interestingly, fish caught in the ocean contains more omega-3s than the same fish grown in artificial conditions. The ratio of Omega-3 and 6 is also much different, so farmed fish is not suitable for correcting the balance between these acids.

Eating 3-4 servings of oily quality marine fish per week will cover the body's need for beneficial acids, which is a good prevention of many diseases. However, it is desirable to consume "wild" Norwegian fish or salmon caught in Alaska for food - this is the cleanest and most useful source of polyunsaturated acids.

There are two main forms of Omega-3 acids that are sold in our pharmacies - triglycerides and ethyl ester. This information is difficult to find on the packaging, but it is important to know about its existence.

Triglycerides - a natural form of Omega-3 acids, including fish oil, are best absorbed in the body. Fish oil is always in the form of triglycerides.

Fatty acid ethyl ester is a form in which omega-3 acids are separated from the rest of the components from fish oil. In this form, fatty acids can be purified from impurities and concentrated. The advantage of such preparations is thorough cleaning, and the disadvantage is somewhat less digestibility.

It should be noted that all studies on the effectiveness and benefits of Omega 3 acids were carried out with ethyl ester of fatty acids. Yes, triglycerides are better absorbed, but in the long run, if you take omega-3 complexes on a regular basis, the effect is the same! 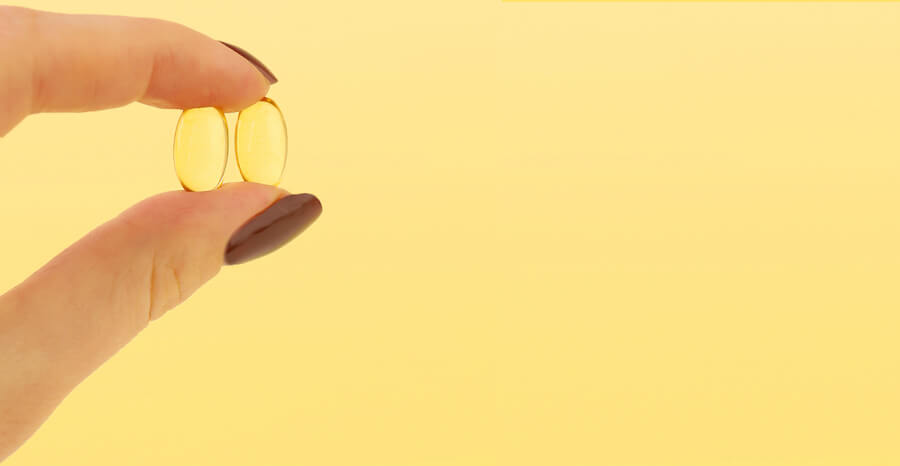 The most commonly sold nutritional supplements of omega polyunsaturated fatty acids are in the form of a capsule - this is the most convenient option. The advantage of capsules is that they are easy to swallow and do not have a fishy taste. Fish oil is protected from exposure to light and air, and this allows you to keep its medicinal qualities longer. Most manufacturers offer a special shell that dissolves not in the stomach, but in the intestines, which helps to avoid fish burping.

The most common source of Omega-3s is cod liver oil, and these complexes are usually sold in liquid form. Fish oil is packaged in glass or plastic tinted bottles that must be kept in the refrigerator. Liquid fish oil quickly oxidizes and loses its healing properties, so the jar should not be left open. Often, manufacturers protect liquid fish oils from oxidation with an inert gas. For children, fruit-flavored fish oil is produced.

Children's omega-3 supplements have recently come in the form of fruit-flavored gelatin capsules, as well as jelly bears and other funny animals. The advantage of gummies in a small size, suitable for babies, and a bright taste that kills the taste of fish.

Side effects of taking fish oil

If you are not allergic to fish or shellfish, you most likely will not have any reaction to fish oil. Some people may have side effects from taking fish oil, but this does not mean they are allergic.

However, the use of large doses of fish oil, more than 5000 mg per day, can lead to undesirable consequences and harm the body.

Taking high doses of omega-3 fatty acids can stimulate glucose production, which can lead to high blood sugar levels, although the scientific evidence is not conclusive. And some studies show that daily doses of up to 3.9 grams of EPA and 3.7 grams of DHA — the two main forms of omega-3 fatty acids — do not affect blood sugar levels for individuals with type 2 diabetes.

2. Bleeding from the nose

Taking large amounts of fish oil may prevent blood clots from forming, which can increase your risk of bleeding and cause symptoms such as nosebleeds or bleeding gums. One study in 56 people found that supplementing with 640 mg of fish oil per day over a four-week period reduced blood clotting in healthy adults.

Fish oil's ability to lower blood pressure has been documented in several studies, and while these effects can certainly be beneficial for people with high blood pressure, they can cause serious problems for those with low blood pressure. Therefore, if you have a problem with blood pressure, taking omega-3 supplements should be discussed with your healthcare provider.

Fish oil is high in fat and can cause acid reflux symptoms such as belching, nausea, indigestion, and heartburn in some people.

In this case, it is necessary to reduce the dosage and break it down into several doses throughout the day, as well as take the supplement after meals, avoiding the use on an empty stomach.